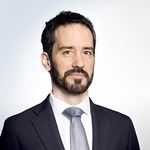 Moritz concentrates on advising international clients in cross-border M&A projects, including strategic M&A, private equity and venture capital. Having practiced law in both Sweden and Germany for many years and being admitted to the bar in both countries, Moritz specializes in representing large and medium-sized German corporations on Swedish M&A transactions. Moritz has been recognized by Chambers to “earn praise for his prowess on cross-border M&A, particularly those with German elements”.