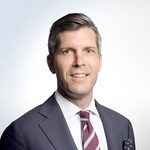 David is a member of the Dispute Resolution Group and leads the group's Stockholm operations. He has extensive experience of international and domestic arbitration and court litigation and his broad experience includes, inter alia, IT, telecom, construction, infrastructure, shareholders', securities and insolvency related disputes and investment treaty arbitration. David also is appointed arbitrator on a regular basis. In addition to his arbitration and litigation work, David has been engaged in various insolvency related matters as well as CSR, sustainability and anti-corruption matters, including several highprofile corruption investigations.