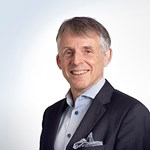 Bengt heads Lindahl’s Dispute Resolution practice group and the Uppsala office litigation team. He has many years of experience in all kinds of commercial dispute resolution. He is continuously engaged as counsel in litigations and arbitrations and also acts as arbitrator.

Bengt is co-author to Lindahl´s Guide to Commercial Dispute Resolution. Member of the Swedish Arbitration Association. Bengt gives on a regular basis courses and seminars, as well as educational films and expert commentaries for Blendow Lexnova, a leading legal news and education provider. He lectures together with a litigation lawyer at Swedish Insurer Folksam on burden of proof issues in insurance litigations. An article by him on a Supreme court case on procedural issues concerning professional liability for attorneys-at-law was published 2019 in one of the leading legal publications, Juridisk Tidskrift.

Bengt has built a solid reputation as counsel in both arbitration and litigation. He is increasingly involved in issues related to insurance and professional sport disputes. Bengt has also been elected one of the lawyers in the “arbitration initiative”, 30 experienced lawyers in Sweden nominated by some of the most prominent arbitration lawyers in Sweden to assist in an arbitration offer to courts which have had to cancel main hearings due to the corona virus.

Examples of recent and current mandates: Supportive counsel in one of the largest auditor liability cases ever in Sweden on issues of appeal to the supreme court (1,7 billion SEK). Representing an investment company of one of Sweden’s most reputated finance families in SCC-arbitration concerning compensation for services (counterparty claim 150 MSEK). Head counsel in SCC-arbitration concerning Sweden’s biggest football player transfer 2017 (excess of 13 MSEK). Lead counsel in sensitive dispute over high value classical music instruments between two different royal entities. Lead counsel for a medical clinic in Uppsala involved in an on-going sensitive dispute with the local municipality where principal issues and criminal allegations have been made as well as acts in breach of the constitution. Co-counsel in SCC-arbitration on a share purchase agreement dispute, concerning a milestone payment of approx.. 500 MSEK. Arbitrator in contract dispute with dispute value at approx. 200 MSEK.