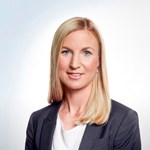 Petra has over ten years’ experience at commercial law firms in Sweden working mainly with commercial disputes. She is continuously engaged as counsel for private and public actors in both litigations and arbitrations. Her experience includes as well national as international arbitral proceedings and covers, inter alia, insurance law disputes, construction cases, tort law cases and cases relating to commercial agreements.

Petra is part of Lindahl’s competence groups for dispute resolution and construction law.