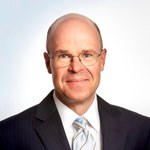 Per's key expertise is in power generation (including nuclear), power transmission (including sea cable laying) and industrial plants. He was formerly a corporate legal counsel at ABB. Besides his work on contracts and contractual negotiations within the aforesaid areas, Per assists clients on both sides in seeing major power and industrial plant projects through to completion. Per has extensive international experience in the above areas.

Per has within Energy received the following rating by the international ranking institute The Legal 500:

Quotation from The Legal 500:

“Has a devotion to the task and high availability, combined with high competence and cheerfulness, creating a good environment for clients.”