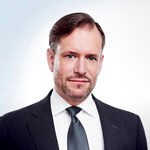 Lars works with general business law with key expertise in TIME (telecom, IT, media and entertainment) and construction. He studied European intellectual property law at Stockholm University while serving as a clerk at court.

Lars was formerly a project leader in the media sector in Sweden and Norway. He has worked for the Swedish association of publishers on legal issues concerning publishing and with clients in the entertainment and IT sectors. He works with construction disputes and real estate transactions and in recent years has worked with orientation to new forms of co-operation during project-based supply in both the construction and IT sectors. Lars heads the trademark group and the competence group på Ip at Lindahl's office in Göteborg. He is also a member of the Public Procurement group.