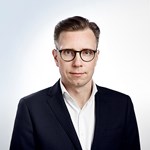 Johan specializes in insolvency and dispute resolution. He is especially qualified in handling bankruptcies, company reconstructions and liquidations and is regularly appointed as bankruptcy trustee. In addition, Johan conducts various types of commercial disputes and practices general corporate law.

Johan is a member of the association for bankruptcy trustees and company reconstructors (Sw. Rekonstruktör- & Konkursförvaltarkollegiet (REKON). He is also a member of YAS West (Young Arbitrators Sweden).