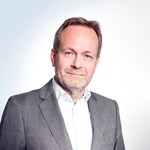 Magnus focuses on Swedish and international commercial contracts and disputes as well as M&A. He has key expertise in M&A and advisory work in the industrial and media sectors. Another area on which Magnus focuses is dispute resolution (as counsel and arbitrator). He is also a CEDR accredited mediator.

Magnus is frequently appointed as trustee and arbitrator in the compulsory purchase of minority shares after a public bid. Magnus is a member of several boards of companies, organisations and sporting associations. He was Chairman of Lindahl between 2010-2014.