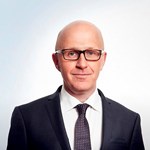 Anders is the chairman of Lindahl’s specialist group regarding Construction law and is also a member of the specialist group regarding Commercial Dispute Resolution. Anders specializes in construction disputes, litigation and arbitration. He is regularly appointed as arbitrator in construction disputes. Furthermore, he has a considerable experience of reviewing and preparing construction contracts at the request of real estate companies and other customers, for example profit making state utilities and public utility housing companies.

On a yearly basis, Anders is also educating in construction law at the University of Lund.